Q: What is your assessment for advantages and disadvantages for Rakhine people regarding BRI?

A: BRI covers about 70 countries for implementation of road and waterway. In Myanmar, contrasts had been singed in NLD time 2019. Kyaukphyu port, Railway from Kyuakphyu to China and Kyaukphyu Economic zone are included. This project was initiated in 2013- tender was processed in 2015 and it was agreed to implement in 2019 in NLD time. As per the law, there is no any advantage for Rakhine people and no potential advantages for the future as well. Port or whatever projects here may not get any advantages for local residents. For example, we had sued Korean company for the land of farmers. Later, Korean company said we had already used 4 million USD for compensation of farmers. Actually, we had nothing for compensation. Central govt is managing all. That is why, local residents will not get any profit. As long as there is not any laws for sharing profit of natural resources to local people in the constitution, every project is not beneficial to residents. Military council has got 3 billion of profit in 2020-21 budget year. As per my knowledge, contrast is 70 years. The profit is 70% for China and 30% for Myanmar. Although natural resources belong to Rakhine residents have been given to 70 years, there is nothing advantages for local residents. Just people will suffer the impact of losing natural environment of Rakhine.
Q: Is there any INGO/any politicians who can stand for local people for the losing of natural resources?
A: Very less. We can say there was 10 years parliament between 2010-2020. But I did not find any MP who systematically discussed about these projects with data. Only they generally discussed that local residents may get benefit from these projects.

Q: Do you hear something regarding Humanitarian Aids/Regional Development Assistants by China for Local residents?

A:The project policy or managements of China is so disappointed for us. There is no anything so far. Even the place where pipe line which was invested with billions, China give the water with iron pipe to people. When water reaches people, it becomes oxidization and cannot used and it is almost poisonous. This is how they behave on people. We don’t like the China people who came for project. They should pay respect to us. At least, they should provide us for development. Thought some place where billion project has, China people connected for mobile connection only for them, they did not share mobile connection to local residents. They should not behave like that. Apart from humanitarian aids, China people don’t see anything on people who suffer the impact of their projects.

Q: As per your answer, local people are not getting any benefit from all projects of China and India as well. What message do you want to give to the military council and the concerned people of these projects on behalf of local residents?

A: Due to these projects, local residents lost so much. We had requested to see the local people for these project. The problem is there is no communication office of China where local people can directly communicate. We don’t know whom to ask if there is an issue. We cannot directly communicate to MOGE as well so that we are communicating through General administration department. There is no transparency and accountability. For farmers, it is very difficult issue even to communicate the township administration office. The channel is required to listen the voice of local residents. We have seen many Chinese people who came for projects. Now, they are coming for surveys for projects. If their big boats come, some fishing nets are damaged due to big boats. But fishermen are very difficult to ask for compensation fee from them. If we go for big projects, the mutual trust must be built between local residents and project people. About our one generation (70 years) had already given. So that this country should have the constitution which can look into the development/benefit for the local residents. Our generation will be losing as long as there is no right of sharing natural resources and self-rule and own-destiny. Local people are hardly to get the 8 hour electricity. The projects area is full electricity. So, we local people have nothing for opportunity/benefit for those projects. If we don’t have the facts mentioned above, our Rakhine people and resources are sacrificed by Myanmar Government for the benefit of China Country and its people. 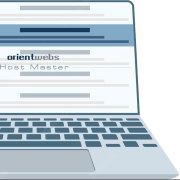 Linn Maung In view of Rakhine's geographical proximity with India and Bangladesh, Suppression of Voices of Dissent